"THE MIDNIGHT GANG" IS AVAILABLE TO STREAM NOW 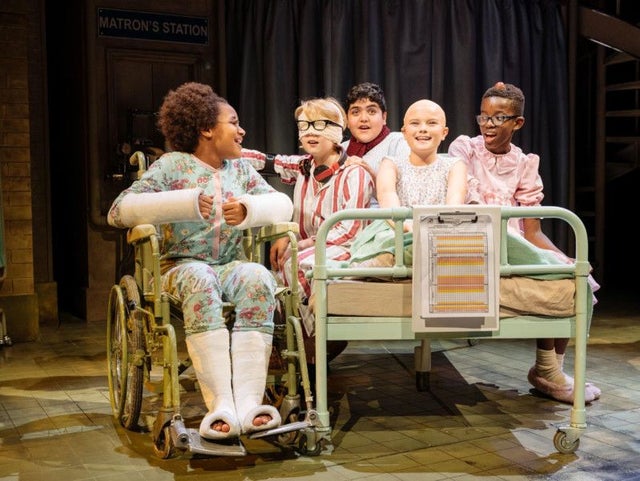 SRA student, Cerys Hill stars as a lead in The Midnight Gang...

For those of you that didn't manage to catch one of the live performances back in 2018, you're in luck! The Chichester Festival Theatre is streaming The Midnight Gang for 30 days only on their website.

Here's a synopsis (taken from The Chichester Festival Theatre's website)...

A bang on the head during a cricket match at his boarding school has landed twelve-year-old Tom in the children’s ward of the spooky Lord Funt Hospital. Luckily, he’s not on his own with the child-hating Matron and the scary-looking Porter. George, Amber, Robin and Sally are in there too, and they’re not taking things lying down. When the lights go out and the clock strikes twelve, they’re off. But will they let new boy Tom join their forbidden midnight adventures through the hospital’s labyrinthine realm?

This inventive tale of fun, friendship and the importance of kindness is adapted from David Walliams's biggest selling children’s book of 2016.

This stage version is by Bryony Lavery, whose adaptations include Chichester’s hit family shows The Hundred and One Dalmatians (2014) and A Christmas Carol (2015), with music and lyrics by renowned musician and composer Joe Stilgoe (The Jungle Book, 2017).

Click HERE to stream the show now! Only available for 30 days, this link will expire on 29th May 2020.

We hope you enjoy the show as much as we did. Well done again, Cerys!